Leader of the Samagi Jana Balawegaya Sajith Premadasa has formally informed MP Diana Gamage that she has been expelled from the party.

MP Gamage had voted in favour of the 20th Amendment to the Constitution, although the SJB Parliamentary Group had reached a collective decision to vote against it.

Under the powers vested to me according to article 15:1 of the Samagi Jana Balawegaya constitution, I hereby expel you from the party with immediate effect, the letter notes.

Premadasa had further said the matter will be referred to the Central Committee while disciplinary actions will be taken accordingly. 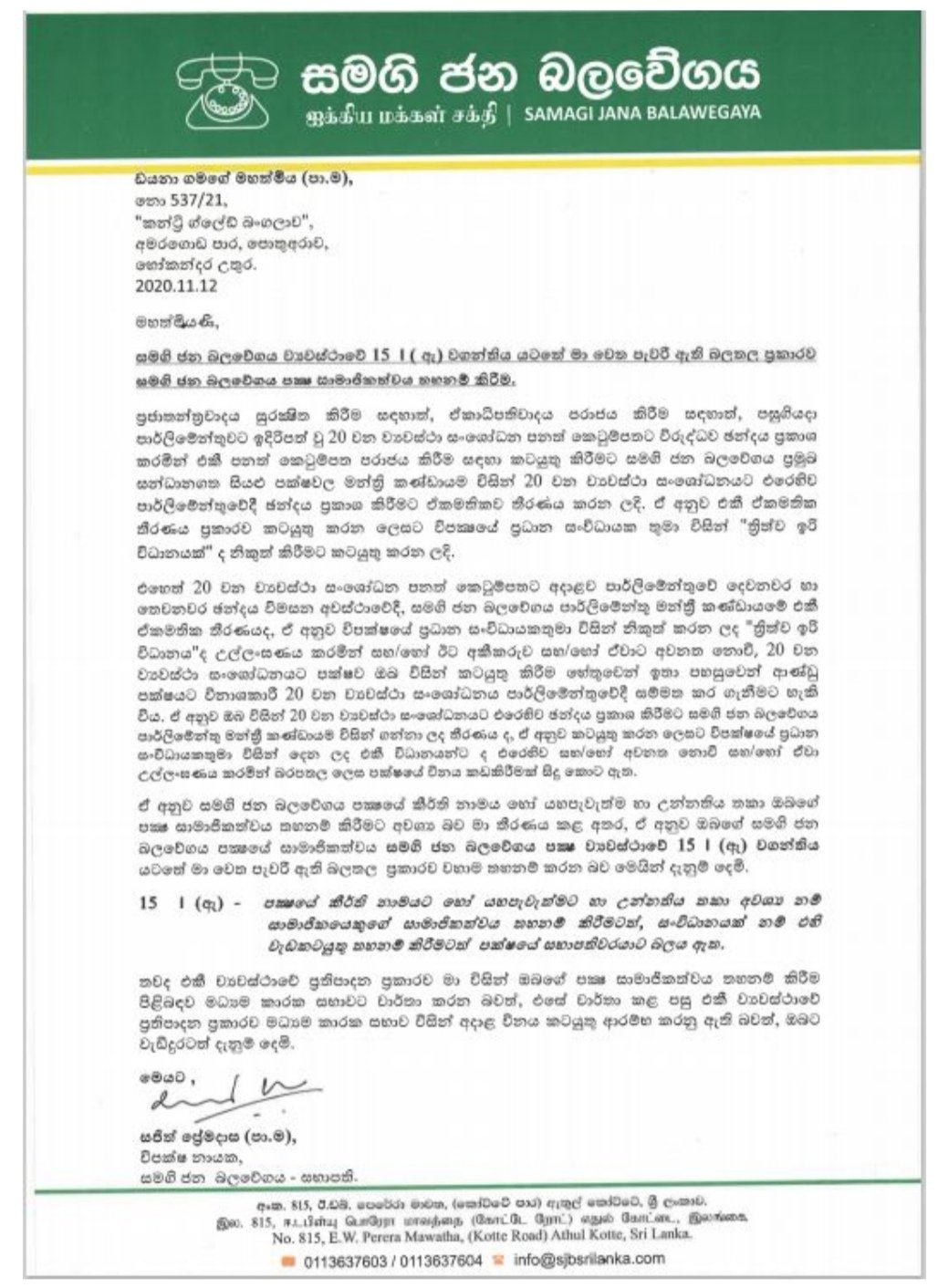