Justice or Trade Deals: A defining moment for the EU

Between now and January 2017 the European Union will decide whether to restore the Generalised Scheme of Preferences Plus (GSP+) trade tax concession to Sri Lanka.  This decision will hinge on the Sri Lankan government showing improvements in its protection of human rights.

In a dose of reality for the country emerging from decades of civil conflict, the Sri Lankan Human Rights Commission released a report last week confirming long-held suspicions of the use of secret detention cells by Sri Lankan police.  The Human Rights Commission also recognised the routine use of torture, especially in police detention. It received 420 formal complaints in 2015 and 208 so far this year.

After the completion of a recent EU trip to Sri Lanka, the delegates said that granting GSP+ is “dependent on tangible progress by Sri Lanka in areas of concern, including that the Code of Criminal Procedure includes the rights of detainees in keeping with the International Covenant on Civil and Political Rights.”

GSP allows countries in the Global South to pay less or no duties on their exports to the EU. GSP+ is a more complete removal of tariffs offered to those countries that ratify and implement core international conventions relating to human and labour rights, environment and good governance. It is a carrot that the EU uses to encourage good behaviour from its less wealthy trading partners. 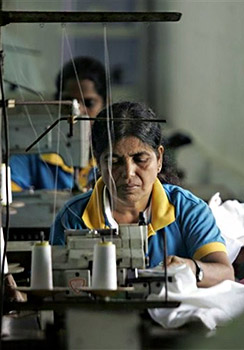 The EU is Sri Lanka's largest export market, with textiles and clothing accounting for more than half of the value.

Sri Lanka lost GSP+ status in 2010 after the violent end of its civil war. The government’s defeat of the LTTE cost at least 70 000 Tamil civilian lives and saw serious human rights abuses committed by both sides. By 2010, whispers of ‘genocide of the Tamils’ began to grow louder.

The EU was one of the few mechanisms willing to take on the Rajapakse regime, which flaunted its efforts to evade accountability for crimes committed during the war.

A year-long EU investigation after the war identified significant shortcomings in respect of Sri Lanka’s implementation of the International Covenant on Civil and Political Rights, the Convention against Torture and the Convention on the Rights of the Child. The EU asked Sri Lanka to provide tangible and sustainable progress on a number of issues. In absence of a reply, it lost its preferential access to the EU market.

When President Siresena came to power in January 2015, outward indicators suggested a greater willingness to meaningfully commit to transitional justice and the protection of civil liberties.

However in the 22 months of Siresena’s presidency, there have been no tangible reforms to the intelligence sector, the militarisation of Tamil areas is ongoing  and the political prisoners held under the draconian Prevention of Terrorism Act (PTA) continue to languish in jails.

The PTA has disproportionately affected the Tamil community. Under the legislation, hundreds of political prisoners have been subjected to torture and anyone held under these provisions has had no right to challenge the detention in the courts . The government admits to holding 258 people under the PTA. Some prisoners have been held without charge since 1997. The true figures are likely higher.

There was hope that Siresena would repeal the PTA and release the political prisoners whose detention the legislation had allowed. But despite pledging to revoke the law at the UN Human Rights Council in 2015, nothing has changed.

Human rights defenders and lawyers have been quick to respond to the leaked draft of the Counter Terrorism Act (CTA) legislation which is intended to replace the PTA, expressing fears that if passed, it will be worse. 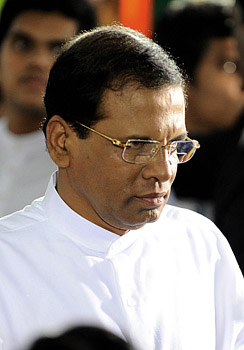 The draft legislation places little emphasis on the protection of people under arrest. It places few limitations on police obligations to protect people from harm in custody. Additionally, it does not contain adequate safeguards against rape and sexual abuse during interrogation. The obligation on state security authorities to prevent these kinds of abuses – all too familiar in the post-war context – is expressed only through the ambiguous standard of “practicable measures”. This is especially troubling in light of the scope of police powers and an extraordinarily broad definition of terrorism.  Under the CTA advocating for change in a government policy decision may amount to terrorism. In regards to freedom of speech or political assembly, the draft legislation does nothing to promote it.

At a recent military ceremony President Siresena said, “the new government is committed to protect the honour and dignity of the War Heroes.” The nod to the military figures accused of atrocities during the war raises questions of his commitment to pursuing transitional justice.

Meanwhile, GSP+ is vital for a Sri Lankan economy in deep trouble. At the end of September, Forbes reported that “trying to develop its infrastructure to increase its economic potential has plunged Sri Lanka deep into a pit of debt, pushing the country to the brink of bankruptcy and prompting an IMF bailout”.

All this gives the EU a unique opportunity to insist on meaningful transitional justice, rather than giving its blessing to a government whose commitment to human rights deserves serious scrutiny. Sri Lanka must put an end to pervasive violence in custody and must release the political prisoners held under the PTA.  As Sri Lanka struggles to recover from years of atrocities, the EU has an opportunity to contribute something far more valuable than a preferential trade deal. It should not miss the opportunity.