Why Mauritius is losing its seashells

When I visited Mauritius as a child on family holidays I would see plenty of seashells on the beaches.

But on my return to the archipelago to cover stories about the effects of climate change, the stretches of soft sand along the Indian Ocean have seemed bereft.

The collection of hundreds of different seashells that my father amassed as a teenager here would be an impossible feat now.

This is not surprising for 14-year-old old climate change activist Anesh Mungur, who says he has hardly seen any seashells in his lifetime.

"I think it's really sad that the shells are disappearing.

"I feel that the island is really suffering from the consequences of climate change and more needs to be done to protect the island before it's too late."

Shells have always played an important role in Mauritian culture - the Monetaria annulus, commonly known as gold ring cowrie, is a gift of love or luck.

The Monetaria moneta also used to be very common in Mauritius - it is known at the money cowrie as thousands of years ago it was used as a form of currency in some parts of Africa.

Oceanographer Vassen Kauppaymuthoo says seashells on the island have decreased in number by 60% over the last three decades. 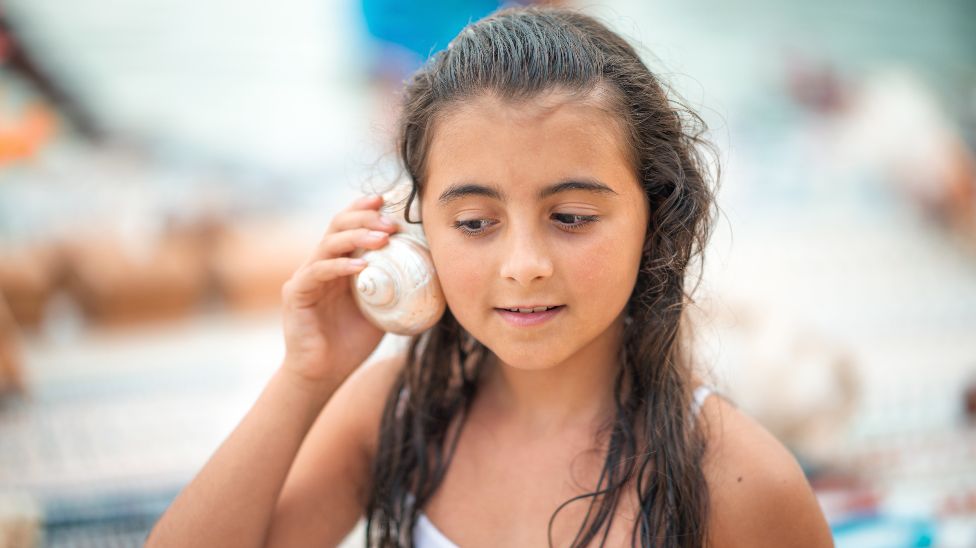 Young people in Mauritius are no longer used to finding shells

He blames climate change and activities such as overfishing, tourism and pollution from wastewater and boats.

Mauritius is one of the most vulnerable countries in the world when it comes to climate change.

It suffers from rising sea levels, droughts and cyclones. 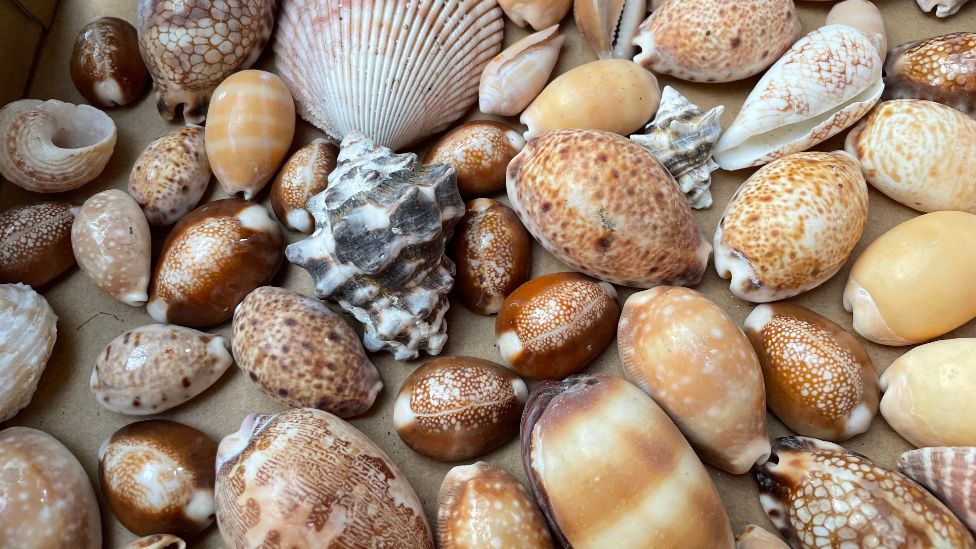 The rising temperature of the sea water has affected much of the ecosystem, including seashells in which molluscs live, while an increase of carbon dioxide in the atmosphere "causes acidification of the ocean which therefore causes seashells to become thinner", says Mr Kauppaymuthoo.

"This subsequently causes them to have problems in producing their shells."

It all has a knock-on effect - and devastating consequences for coral reefs and the ecosystem around the island.

"When you don't have molluscs, you don't have the predator and then you have other organisms which start to proliferate and it causes an imbalance of the ecosystem in the tropical island and around the world."

Small fish and octopuses also use the shells for shelter and protection and many birds also use parts of seashells to build their nests.

Anesh, who is part of the Fridays For Future Mauritius movement, says more also needs to be done to stop environmental disasters, like the huge oil spill that hit the island in 2020. 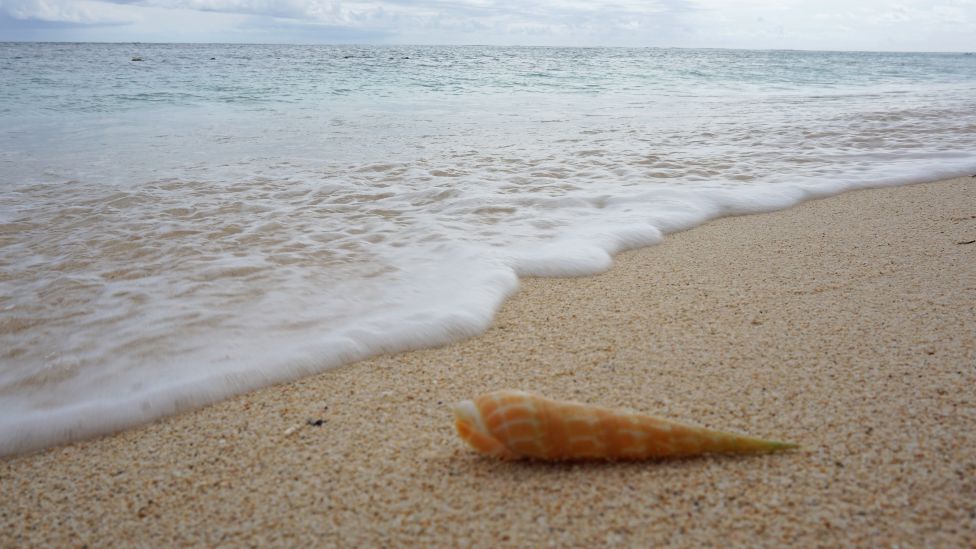 The delicate ecosystem around Mauritius is under threat

About 1,000 tonnes of fuel oil from the Japanese-owned MV Wakashio leaked into the ocean after it ran aground on a coral reef, causing Mauritius' worst ecological disaster.

"Our marine environment was very much affected including corals, molluscs and other organisms and the island is still suffering from what happened."

It damaged about 300m (1,000ft) of coral reef and killed many fish - affecting the livelihoods of fishermen.

For the teenager it is about creating awareness around the world.

"I don't think many people know the importance of seashells and how much they are being affected."

Mr Kauppaymuthoo also blames shell collectors - or beachcombers - for the decline of seashells as they are often harvested with the living animals still inside them.

The government is trying to stop people picking up shells - and the sale of souvenirs to tourists - with two laws brought in over the last 15 years.

Mr Kauppaymuthoo says only 10 seashells can now be legally picked up as a keepsake - from beaches where low and high tide marks can be seen.

But while shell picking may be restricted - and it is illegal to export them now - it is difficult to stop people popping the pretty souvenirs into their bags.

The more shells there are, the harder it becomes for winds, waves and water currents to move the shoreline sediment around.

His advice for those wanting to remember their tropical holiday?

"Look at the shells, take photos of them - that way you can have fond memories and also knowing that you are saving them too."

More in this category: « The world's first octopus farm - should it go ahead? This “Tourism” is everything about “Devastation” »
back to top

Container freight rates up by 35%!