A group of Japanese artists are hoping to help people embrace both the Olympic spirit and Japanese culture by reimagining flags of competing countries as samurai characters.

"Samurais are unique to Japan and we want everyone to get to know traditional Japanese culture," creator Kamaya Yamamoto said. 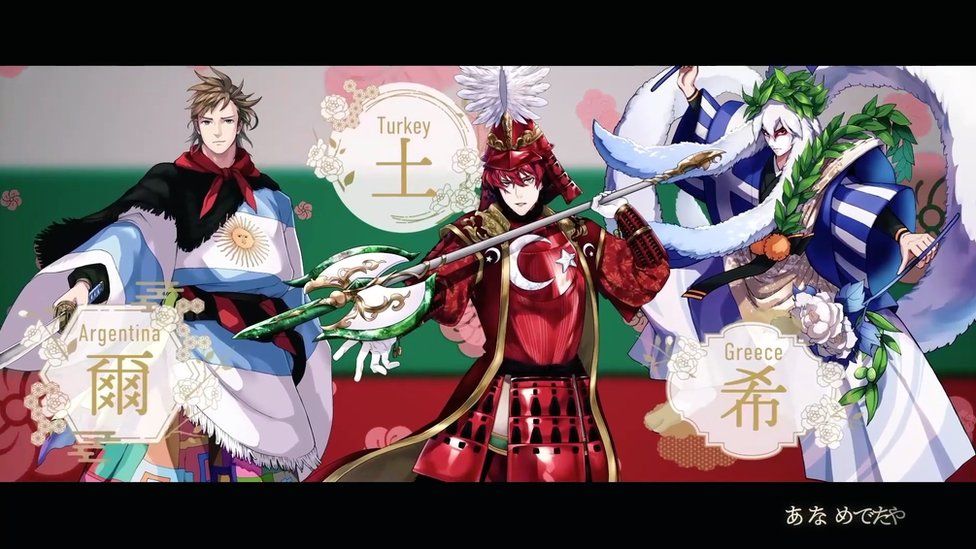 He starts by researching the meaning and history of a country's flag as well as the colours and design, and then researches their culture.

For example, because the Mexican flag features an eagle perched on a cactus, eating a snake, Mr Yamamoto blended these elements together to create a samurai with a snake insignia and an eagle companion. 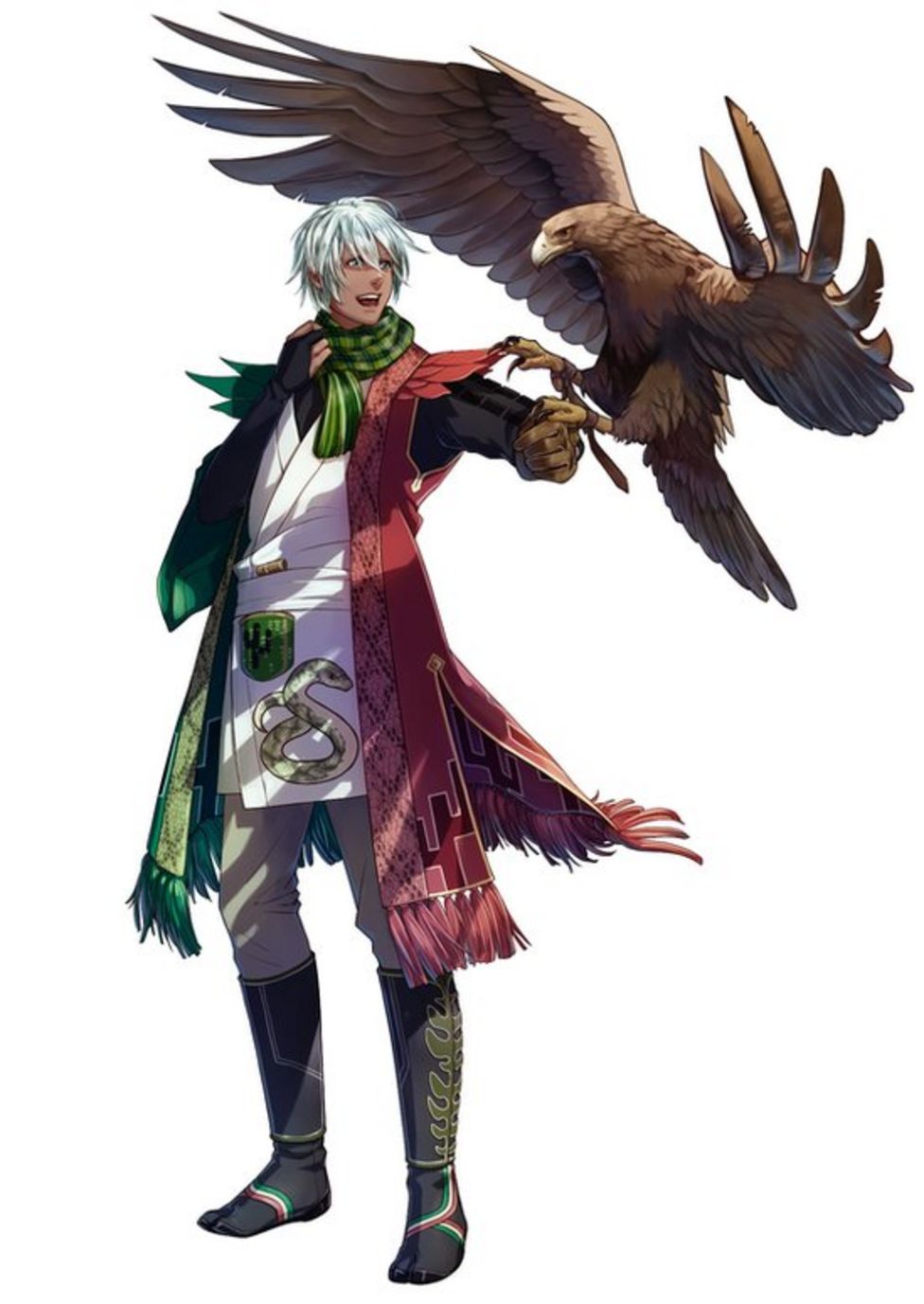 Each character also comes with a short write-up on their personality, strengths and weaknesses - a bit like a character in a video game.

"We hope this can be a way for people to learn about other countries," says Kozo Yamada, another artist on the project.

"That's what the Olympics are about." 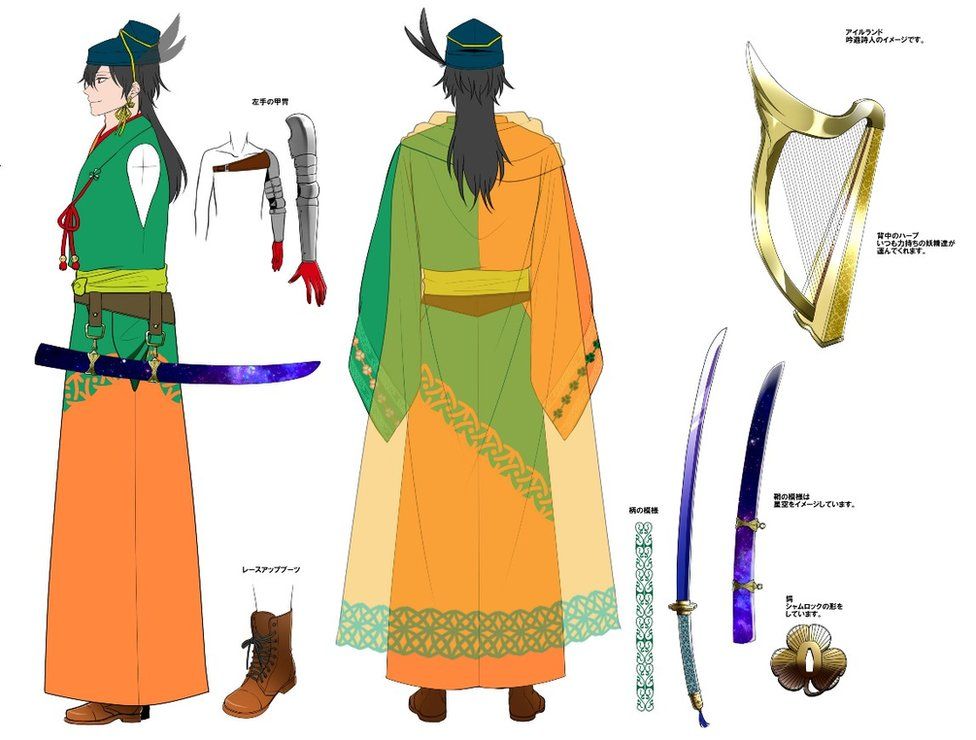 Each character incorporates symbols and colours associated with the country, such as the Irish shamrock

The way of the warrior

Samurai soldiers have played a huge part in Japanese history since at least the 12th Century. Although samurais themselves no longer exist, "bushido" - the way of the warrior, based on honour and discipline - is a value system considered important in Japanese culture even today.

Even though the online initiative seems like a fitting promotional campaign for the Tokyo Olympics, the 15 people behind the project don't make any money from it and do it in their free time. 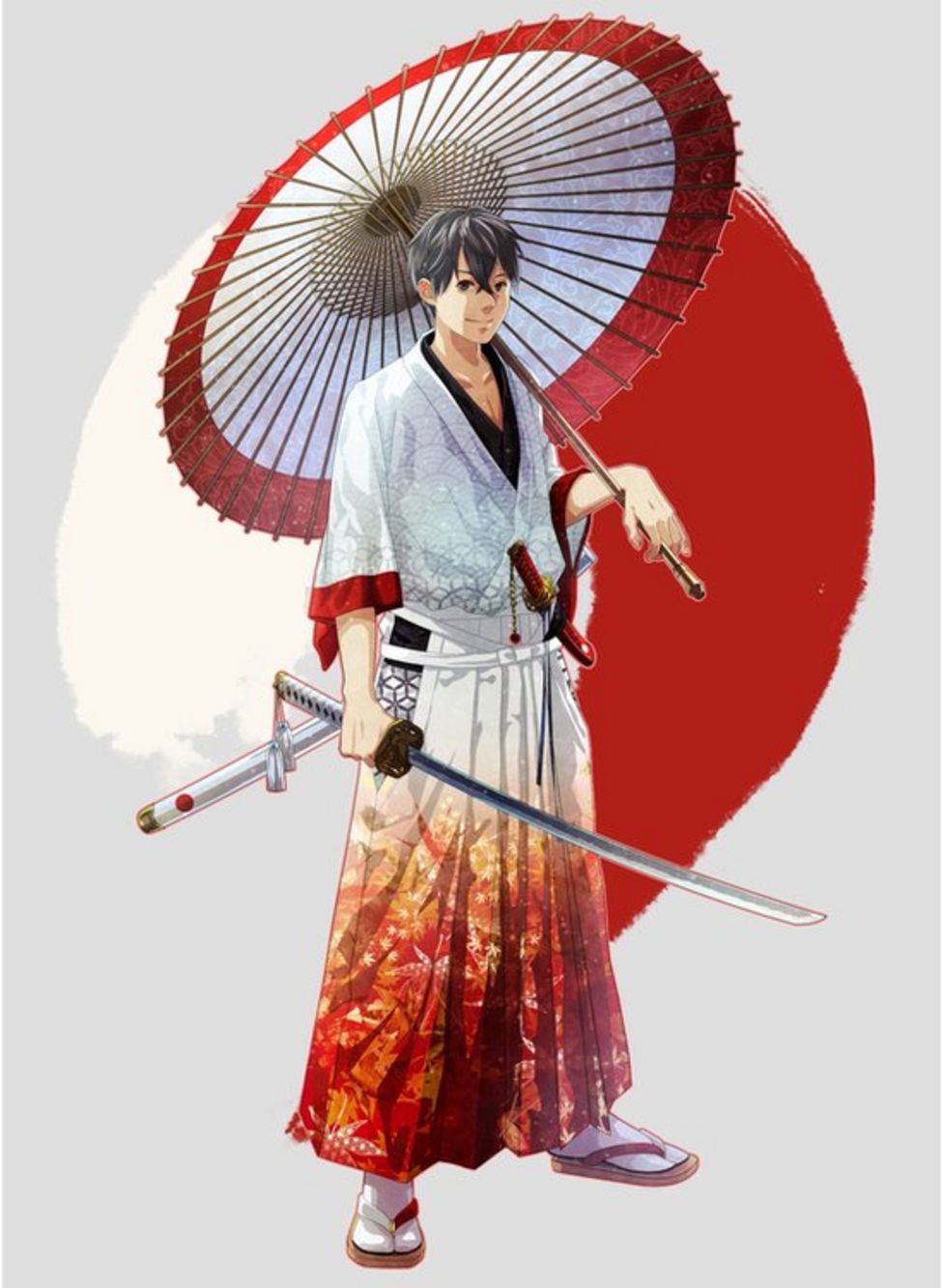 The Japanese samurai is a huge part of the country's history

They have so far made samurais out of the flags of 84 of the 200 competing countries.

And when it comes to the design of the characters, they've taken a more collaborative approach - sometimes holding polls on Twitter and asking people to vote for the most iconic symbol or object from a country.

For Paraguay for example, many responders mentioned the famous Iguazu waterfall. The country's write-up is a nod to that, mentioning that the samurai likes training there. 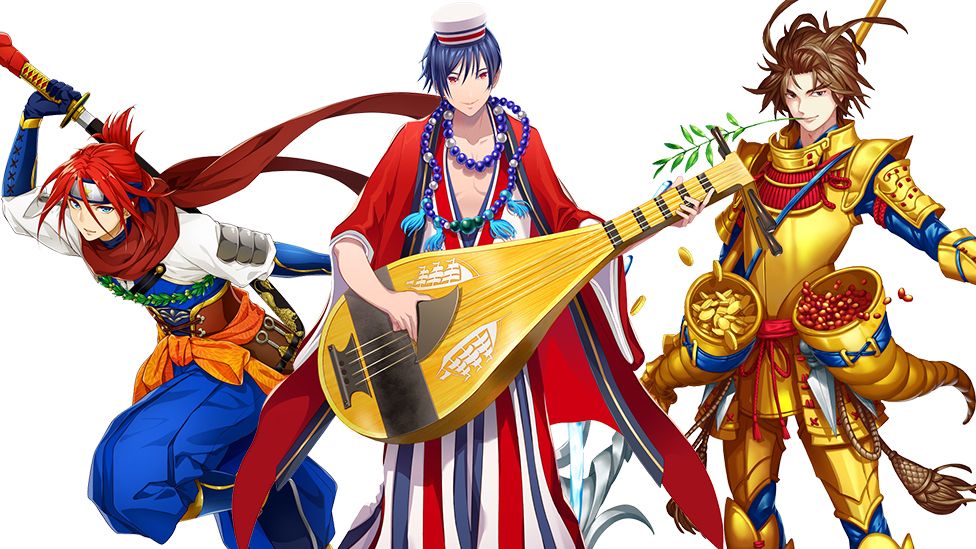 The samurais representing Paraguay, Colombia and Costa Rica all use the colours of their flags

Sometimes however, they get negative feedback, which they say can also prove helpful. When they first drew Spain for instance, the character was imagined as a bullfighter.

"I admit that some of the characters might be a bit stereotypical because they are based on a Japanese perspective of the world," says Yamamoto.

"We didn't know that bullfighting is controversial in Spain. We received criticism online, so we changed it." 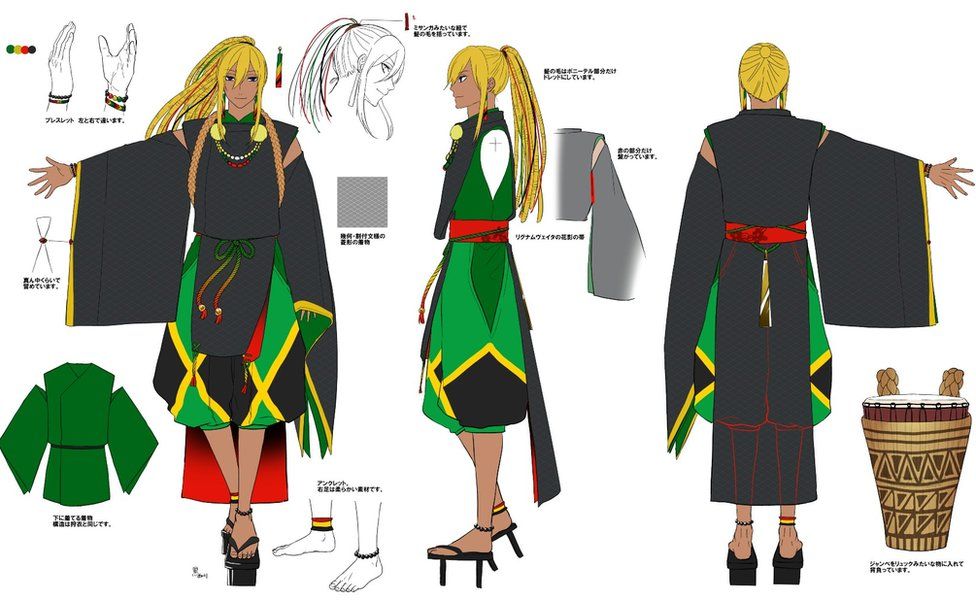 The artists take inspiration from the country's flags, such as Jamaica, when in the design stage

Other designs have become very popular in other countries, including Sri Lanka.

The colours of the country's flag represent the three main ethnic groups of the country: Sinhalese, Tamil and Muslims. So the samurai not only wears these colours, but the image also includes a lion, prominently featured on the flag.

"We received so many messages online from Sri Lankans telling us how cool it is that we've turned their country into a samurai," Mr Yamamoto says proudly. 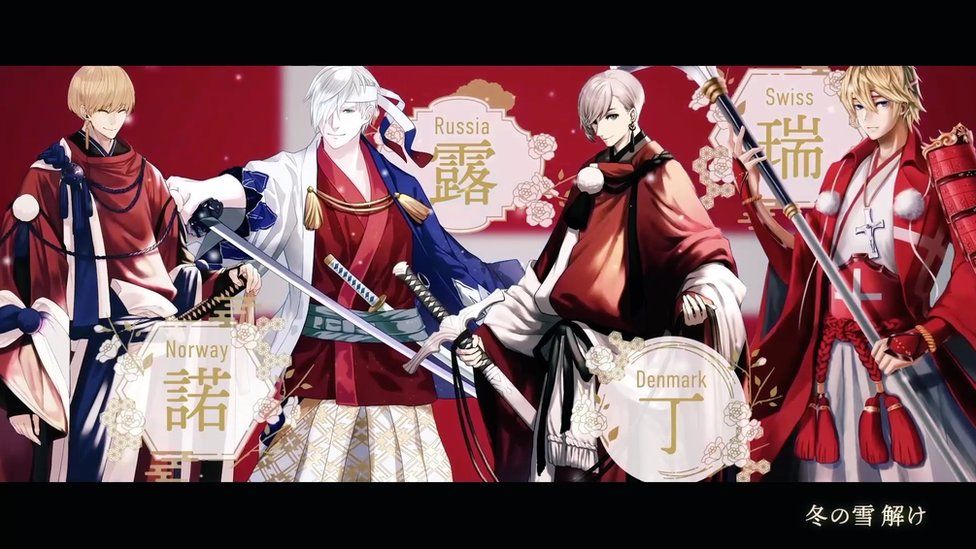 It's hoped the artwork will get people excited about the Games

Some embassies in Japan - like Honduras and Venezuela - have separately contacted the artists because they want to display pictures of the samurais.

The hope is that the images will help people get excited about the Olympics, especially since no-one will be able to actually watch any of the Games in person.

Japan is in a state of emergency because of Covid and all spectators are banned. 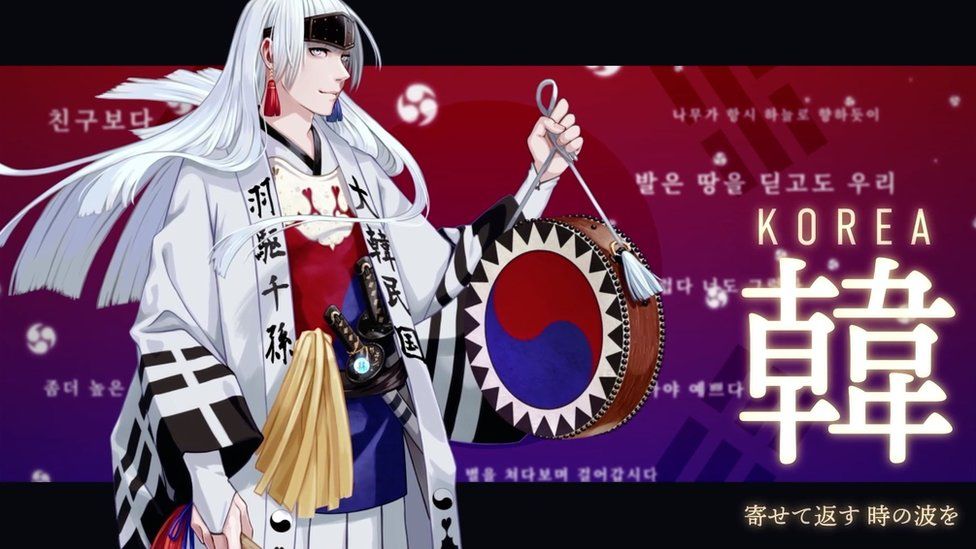 Each samurai also includes a write-up describing their personality traits

"People will only be able to enjoy the Olympics online," says Mr Yamada. "So hopefully our designs will provide a bit of entertainment and relief for all those tired of Covid-19."

More in this category: « Obituary: Dilip Kumar Why South Korean women are reclaiming their short hairs »
back to top