Irrfan Khan was one of Indian cinema's finest actors and among its most successful exports to Hollywood.

A veteran of nearly 80 films, he almost gave up acting in his 30s - after an unrewarding decade in TV soaps.

Khan lacked the looks for a traditional Bollywood romantic lead but made his name as a character actor in Hindi cinema and in Hollywood productions like Life of Pi, Slumdog Millionaire and Jurassic World. 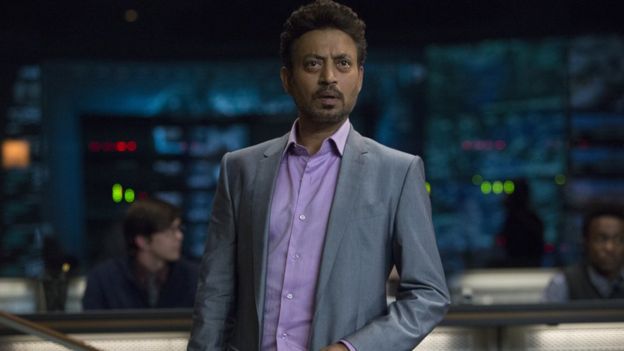 Irrfan Khan starred in the Hollywood blockbuster, Jurassic World. He played the ill-fated, billionaire owner of the dinosaur park.

Deeply introspective and philosophical in nature, Khan would speak candidly and often controversially about both his Muslim religion and the film industries in which he worked.

"I always object to the word Bollywood," he once told the Guardian. "That industry has its own technique that... has nothing to do with aping Hollywood. It originates in Parsi theatre.

In truth, few actors can claim to have mastered both genres as well as Irrfan Khan.

He was born Sahabzada Irfan Ali Khan on 7 January, 1967 in the Rajasthan village of Tonk.

His mother's family had a royal lineage and his father was a wealthy, self-made businessman who owned a tyre business.

Khan dropped the "Sahabzada" from his name as it pointed to his family's privileged past - he felt this would get in the way. He also changed his name from "Irfan" to "Irrfan" - not for any noble motive - but simply because he preferred the way it sounds.

When his father died, he side-stepped expectations he would go into the tyre business. He was determined to become an actor, although it was not a future his family and friends could easily foresee. 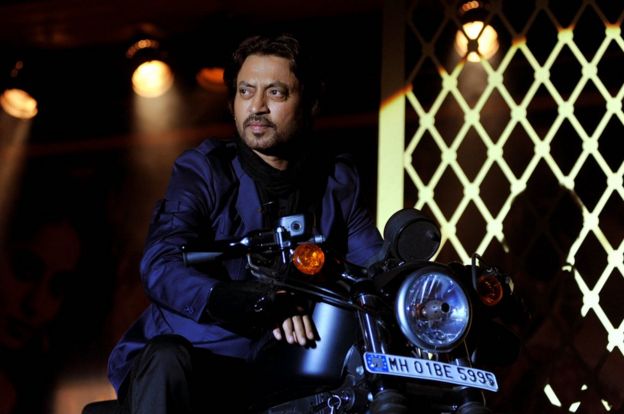 "No-one could have imagined I would be an actor, I was so shy. So thin. But the desire was so intense."

In 1984, he applied for a scholarship to the National School of Drama in Delhi. He lied about his previous experience in the theatre and got in.

"I thought I would suffocate if I didn't get admission," he told one interviewer.

It was at drama school that he also met his future wife - the writer Sutapa Sikdar.

"He was always focused. I remember when he would come home, he would head straight for the bedroom, sit on the floor, and read books. The rest of us would be hanging around gossiping," she recalled.

Taking what work he could get

He was keen to work in film but the early roles were in India's TV soap operas. With dozens of cable channels - each carrying multiple domestic daily dramas - the work was easy to come by but artistically unsatisfying.

For a decade he got stuck in hundreds of uninspiring parts "chasing middle-class housewives" on the Zee and Star Plus networks. He thought seriously about quitting acting.

"Once they didn't even pay me because they thought my acting was so bad," he claimed.

His big screen debut was a further disappointment. Cast as one of the younger characters in Mira Nair's Oscar nominated Salaam Bombay!, he was devastated when his character hit the cutting room floor.

The scriptwriter sympathised but could only tell him "you win some, you lose some". 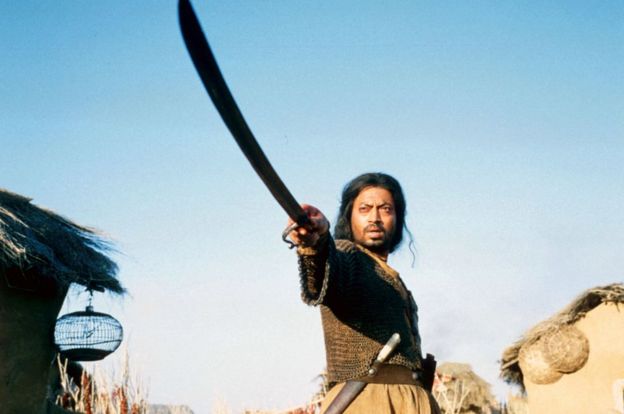 Irrfan Khan in the film that made his name - The Warrior

His breakthrough came in the British-Indian film The Warrior. It was shot in the high Himalayas and the roasting deserts of Rajasthan.

It was the first feature from British director Asif Kapadia. He couldn't afford an established Bollywood star and was on the look-out for a talented unknown. Khan starred as the eponymous warlord who attempts to give up the sword.

The film won the Alexander Korda Award for Best British Film at the Baftas. It was short listed for the UK's official entry for the Academy Awards but had to be dropped on the technicality that Hindi was not a language indigenous to Britain.

The critical success of The Warrior launched his film career, and for the next two decades he would make as many as five or six films a year.

He kept in touch with Mira Nair - who had spotted his talent at drama school but cut him from Salaam Bombay!. They would go on to make The Namesake in 2006 and New York, I Love You in 2010.

Michael Winterbottom cast him as a Pakistani police captain in A Mighty Heart, and Wes Anderson wrote a small role for him in The Darjeeling Limited - just so he could work with him. 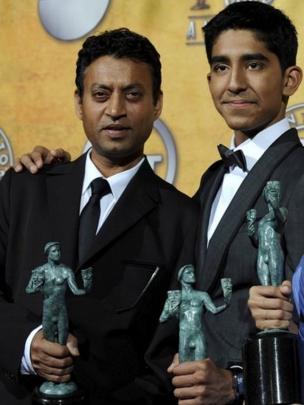 Slumdog Millionaire made global stars of Khan and Dev PatelIn 2008, he teamed up with Danny Boyle for Slumdog Millionaire. Khan played the police inspector who beats Dev Patel's character, Jamal - believing him to be a cheat. Boyle described the performance as "beautiful to watch".

By now, Khan had reached the stage where he could be choosy about the roles he took on.

"I try to do films which leave a longer impact, which speak to you and which keep coming back to you after you've seen them. I prefer movies which have a longer relationship," he told one interviewer.

He would also refuse to take parts he felt had too close a religious or cultural connotation - declining roles in Deepa Mehta's Midnight's Children and Mira Nair's Reluctant Fundamentalist.

In the aftermath of the 9/11 attacks in New York and Washington, he found himself twice detained at Los Angeles airport because his name was similar to that of a terrorist suspect.

He tried to drop the family name Khan - preferring to be called simply Irrfan in the credits of his films. He also upset Muslim leaders by criticising animal sacrifice in Islam.

"We perform these rituals without knowing the meaning behind them," he said.

He was angrily advised to concentrate on his film career and refrain from making "random statements about our religion".

In 2011, he was awarded the Padma Shri - India's fourth-highest civilian honour for his contribution to the arts.

A year later, he would play the adult Piscine in Life of Pi - Ang Lee's film version of the Booker Prize-winning novel of a ship-wrecked boy forced to share a lifeboat with a zebra, an orangutan and a ferocious Bengal tiger.

And he would enjoy playing the super scientist Rajit Ratha in The Amazing Spiderman and Simon Masrani, the billionaire owner of Jurassic World.

He also appeared in Abhinay Deo's Blackmail and Puzzle, the latter of which was shot in New York alongside co-star Kelly Macdonald. 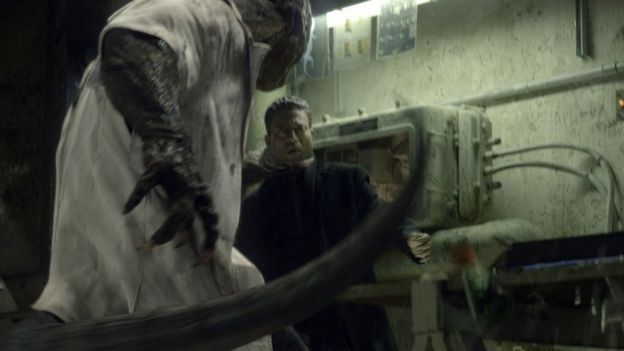 In 2018, he was diagnosed with neuroendocrine tumours - which affects cells that release hormones into the bloodstream.

In a tweet quoting Margaret Mitchell, author of Gone With The Wind, he greeted the news philosophically.

"Life is under no obligation to give us what we expect," he said.

He sought treatment for his condition in London and posted a poem to his followers on Instagram suggesting his religion was playing an important role in coming to terms with the disease.

"God speaks to each of us as he makes us, then walks with us silently out of the night."

More in this category: « Re-opening schools – What raionale? People need Answers to COVID-19 but where are Yours? »
back to top

India has done its best to help SL - Jaishankar