Coronavirus: Where has all the hand sanitiser gone?

Shelves all over the world are empty, there's slim pickings online and the few suppliers that are selling are pricing at way over the odds. We're being told to wash our hands and use hand sanitiser - but a lot of people are struggling to find any.

If everyone in the world had one small bottle of sanitiser we would need 385 million litres of the stuff.

Before coronavirus, the world produced less than a thousandth of that per year, about 300,000 litres, according market analysts Arizton Advisory and Intelligence.

That perhaps explains why there is now, as the pandemic sweeps the world, a problem getting hold of it.

On Amazon, if you try getting alcohol-based sanitiser - the type recommended by the World Health Organization - you'll find all of the usual brands are sold out. 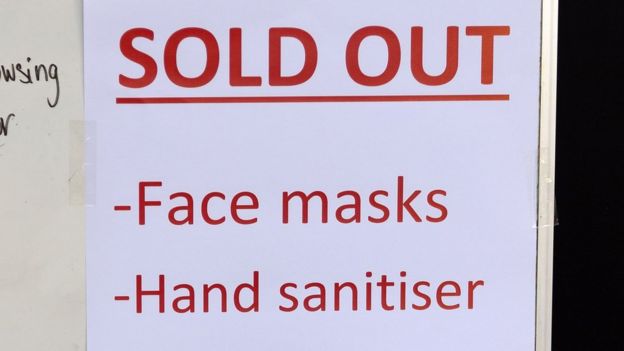 A familiar sign - this one in Wellington, New Zealand (Image copyright GETTY IMAGES)

Here in the UK, just a few days ago only one seller seemed to have any in stock. A 500ml bottle was priced at £30 ($35) - at least 10 times what it would have been in February. It's since been reduced to £20, but that is still about seven times pre-pandemic prices.

It's easy to accuse sellers like these of price-gouging and many reviews underneath the listing did just that. But the company selling it, Herts Tools, says it's not that simple.

"We've been getting an unfair bashing really," said the friendly man who answered the phone, Paul Stephenson.

"There are people out there saying we're taking the mickey but I can assure you we're not.

"We're in a position where we're making enough profit margin on the hand sanitiser just to keep ourselves afloat." 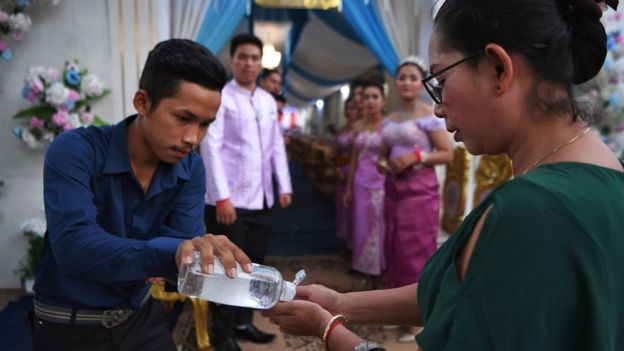 The company usually sells and rents tools to the construction industry and it only started selling sanitiser because customers were requesting it.

But it has struggled to get hold of supplies and the cost is rising every day. "I can't even guarantee what I paid today I'm going to pay tomorrow," says Stephenson.

And that's because the price of the key ingredient - alcohol - has increased dramatically.

The sanitiser Herts Tools has been selling is made by a UK-based skincare products company called Zidac Laboratories. Its director, Jurica Weissbarth, has been fielding a lot of calls lately.

Zidac can make 150,000 bottles of hand sanitiser a day, but for the past two weeks the production line has been down. It hasn't been able to get ethanol, the alcohol it puts in its sanitiser, and which has to make up at least 60% for it to kill viruses (and bacteria) effectively. 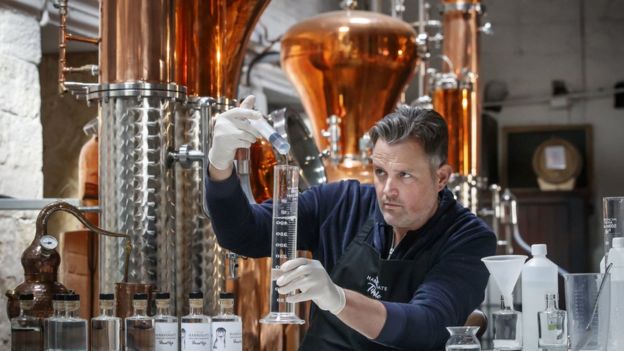 Last week a new supplier offered him a tonne for £10,000 - more than 10 times the ordinary price. He politely declined. But this week he was in celebratory mood after buying a batch on Tuesday for only three or four times more than usual.

The BBC called several distributors of industrial alcohol. One woman who answered the phone was close to tears; the company she worked for was closing down due to lack of stock.

Others were so busy that staff were overwhelmed and couldn't talk. One website said requests for orders had gone from 300 a day to more than 6,000. None were taking new orders.

If sanitisers aren't made from ethanol, they're made from isopropyl alcohol, also called IPA. There are a limited number of companies that produce these types of alcohol on an industrial scale. The biggest producers are in China, France, Germany, the Netherlands, the UK and the US.

In France the government has ordered all IPA made in the country to stay there. Other countries could easily follow suit. 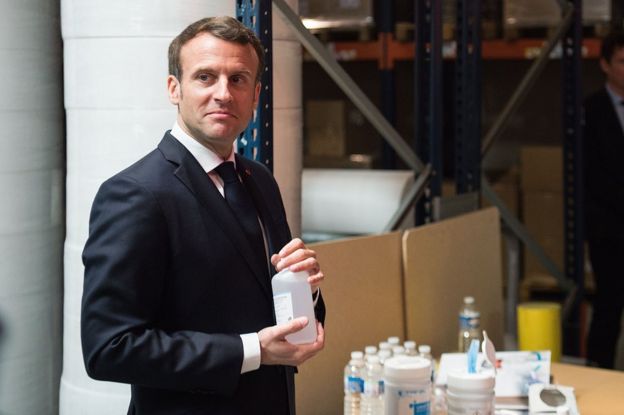 "That is pretty extreme in Europe, where we are supposed to be all as one," says Steven Willekes from chemical supplier DutCH2 in the Netherlands.

He thinks any country that doesn't have its own supply of these alcohols could run out of sanitiser very soon.

And that explains why drinks companies such as Pernod Ricard, which makes Absolut Vodka, and Diageo, which makes Johnnie Walker whisky - and other smaller companies from London to New York, to Manila in the Philippines - are now providing alcohol to be used for making sanitiser, or are planning to make it themselves.

The Indian government has expressly asked the alcoholic drinks industry and the sugarcane industry to provide ethanol to hand sanitiser companies. 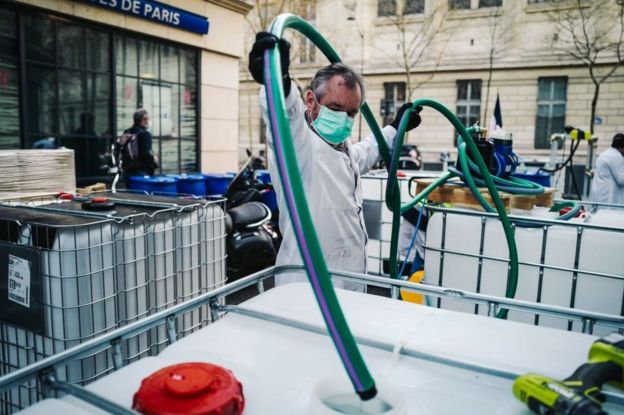 Chad Friese of the Chippawa Valley Ethanol Company in the US says there is enough alcohol out there to make an awful lot of sanitiser, it's just being used in different industries.

His factory is running at full capacity and is sending as much as possible to the sanitiser industry, but it has other commitments too.

"I think there's plenty of production it's just not going into the right channels right now. Somebody that's producing alcohol for Diageo or somebody like that, they have a commitment to send it to them and not to someone who is making hand sanitiser," he says. "It's just about getting the supply to the right people."

So when Britain's third-richest man promised to build hand sanitiser production plants in the UK, Germany and France within days, and to supply hospitals free of charge, it would have been logical to wonder where he would get the alcohol to fill his production lines.

Well, he shouldn't have too much of a problem. Sir Jim Ratcliffe owns Ineos, one of Europe's biggest manufacturers of both ethanol and IPA.

More in this category: « Coronavirus: How to protect your mental health When BR’s “Lotus bud” party is no Chinese Communist Party »
back to top

Questions remain as Sapugaskanda to get Siberian crude oil