It's been 10 years since the end of the civil war in Sri Lanka. For thousands of people, missing family members and friends are a constant reminder of the trauma of the conflict. This is the story of Father Francis.

On 18 May 2009, a brutal conflict which lasted almost three decades came to an end. It's estimated that at least 100,000 people lost their lives. Many thousands are still missing.

The war was fought along ethnic lines. A desire for an independent state amongst parts of the Tamil minority gave rise to an armed separatist rebel group, the Liberation Tigers of Tamil Eelam, also known as the Tamil Tigers. They took on the Sri Lankan military and both sides stand accused of committing atrocities against the civilian population.

On the final day of the conflict, a Catholic Tamil priest led and negotiated the surrender of at least 360 people, including Tamil Tigers and children as young as two. All of them boarded military buses - never to be seen again. 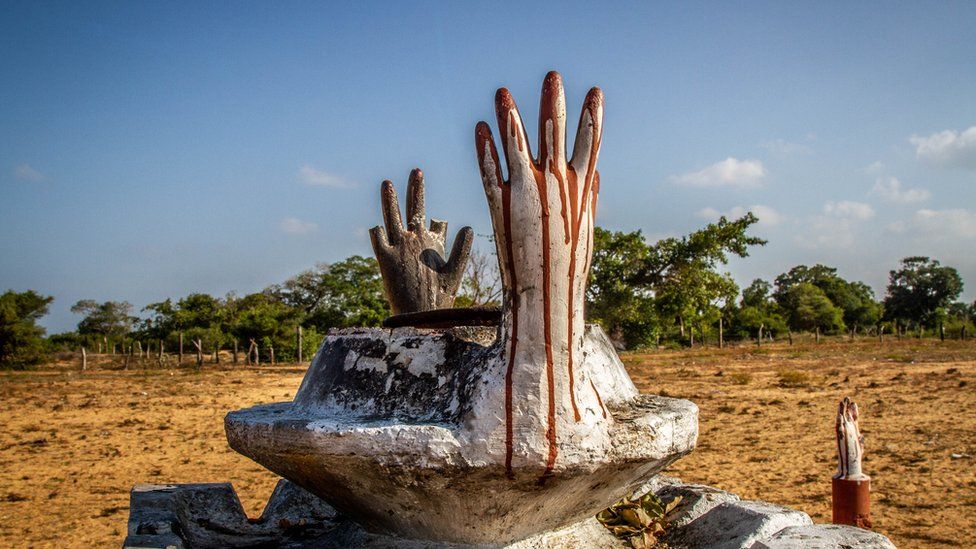 Father Francis was an ardent supporter of Tamil independence but he never picked up arms. Words were his only weapon.

Eight days before the war ended, he wrote a desperate three-page letter to the Vatican pleading for help and expressing a sense of abandonment. It was written in a bunker, now a memorial of concrete blood-stained hands to commemorate the Tamil dead. The BBC contacted the Vatican for comment but is yet to receive a response.

To His Holiness Pope Benedict XVI,

The Sri Lankan Government is waging the war to annihilate the Tamil nation, it is a genocidal war.

The cries of woes and agony of the babies and children, the women and the elderly, fill the air that was polluted by poisonous and unhealthy gases.

It is unfortunate that the Church in Sri Lanka does not have the wisdom and guts to air her views forcefully and unequivocally regarding the ongoing war.

I am not unaware that this letter would arouse the wrath of the Sri Lankan government, which will resort to the revenge by killing me. Imploring your holiness Blessings,

Shortly after writing his letter, and with the Tigers all but defeated, Father Francis walked alongside thousands of Tamil men, women and children over Vattuvagal bridge in the north-east of the country from rebel-held land to government-controlled territory. Witnesses say the waters were teeming with dead bodies and blood. 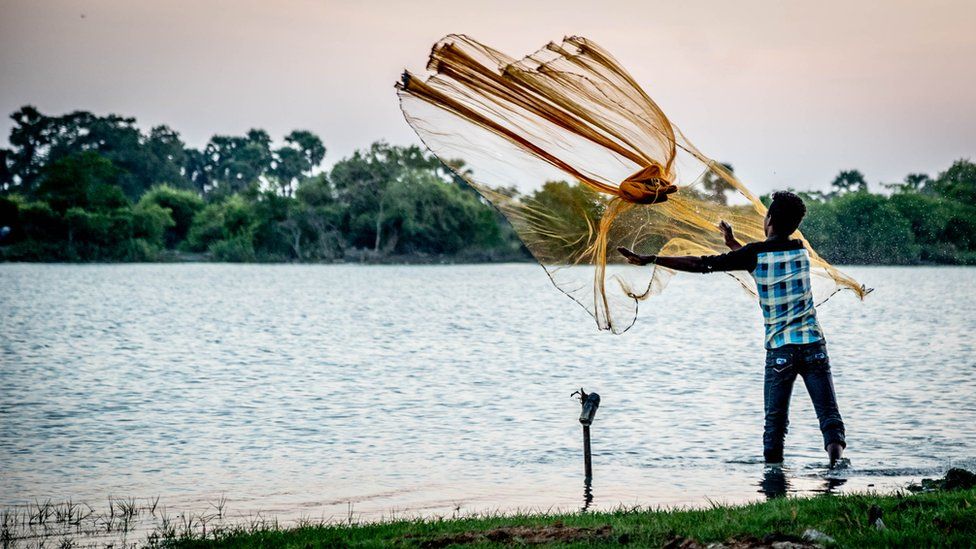 Vattuvagal bridge is a popular spot for local fishermen

To this day, thousands of people - including friends and former colleagues of Father Francis - regularly take to the streets of northern Sri Lanka to demand answers about the plight of the missing.

Many of the protesters were among 300,000 Tamils who were squeezed into a narrow coastal strip in the final phase of the war. The UN says up to 40,000 of those people died in the final months and countless others were seriously injured. However, the Sri Lankan government disputes that - it has previously put the death toll at less than a quarter of the UN's figure.

The military insists that those who surrendered were not killed. It does not comment on individual cases. 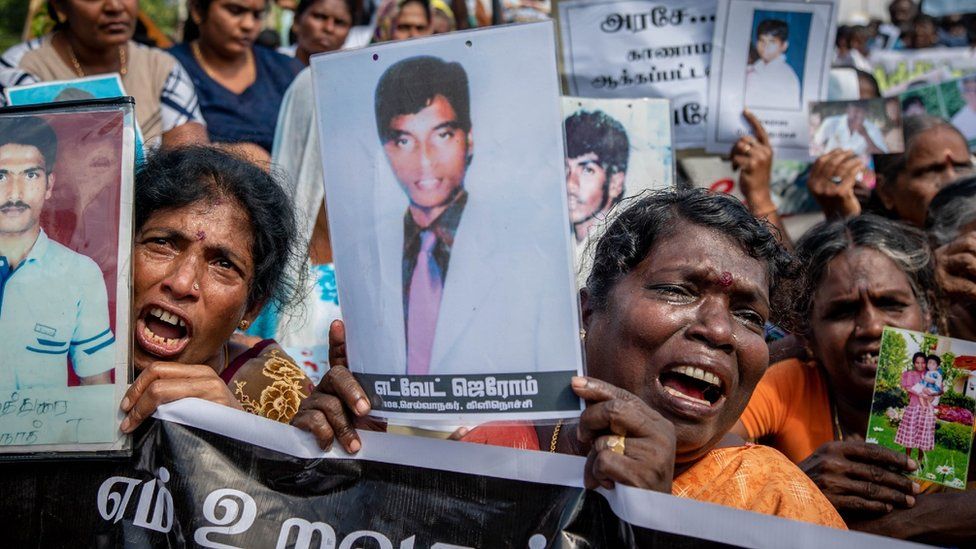 Moses Arulanandan, now in his 90s, is a close cousin of Father Francis. Haunted by the priest's disappearance, he's urged a local court to help and has petitioned the United Nations, both without success.

"All we could do is worry about him and cry," he said. "We were very close. He was like my biological brother… He was the only son to his parents and I'm the one who used to help his mother as she was living alone while Francis was living at the college." 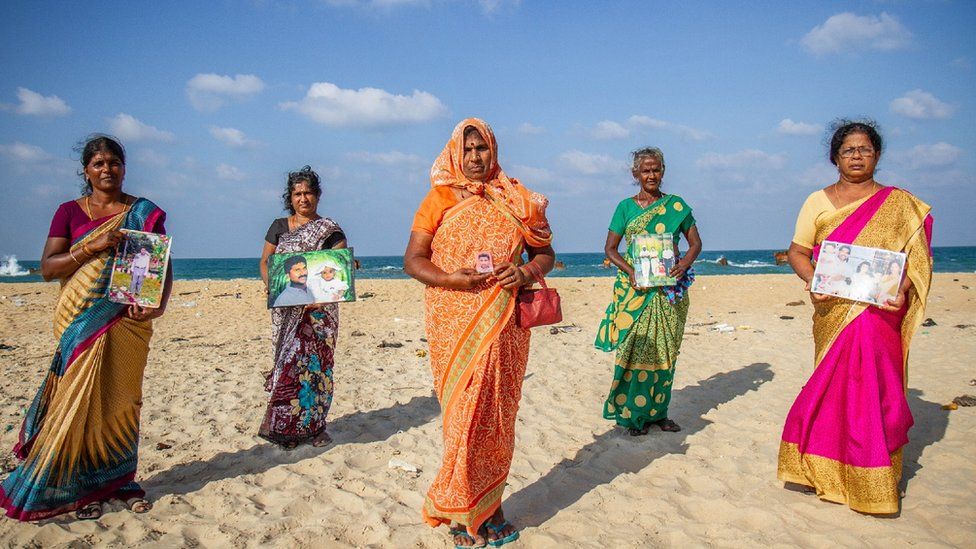 Father Francis first came to St Patrick's college in Jaffna, northern Sri Lanka, as a schoolboy. After being ordained as a Catholic priest, he returned to the campus as an English teacher and later became school principal. Most of his life was spent between classrooms, the college chapel, and the oval where he cheered on the school cricket team

Former students say that he knew everyone at the school by name. Today, his legacy looms large and a cardboard cut-out of him watches over students in the school library.

"Every day I pray to God and Mary, to show me his whereabouts, to inform me of his status," cries Mr Arulanandan, his hands raised in prayer. 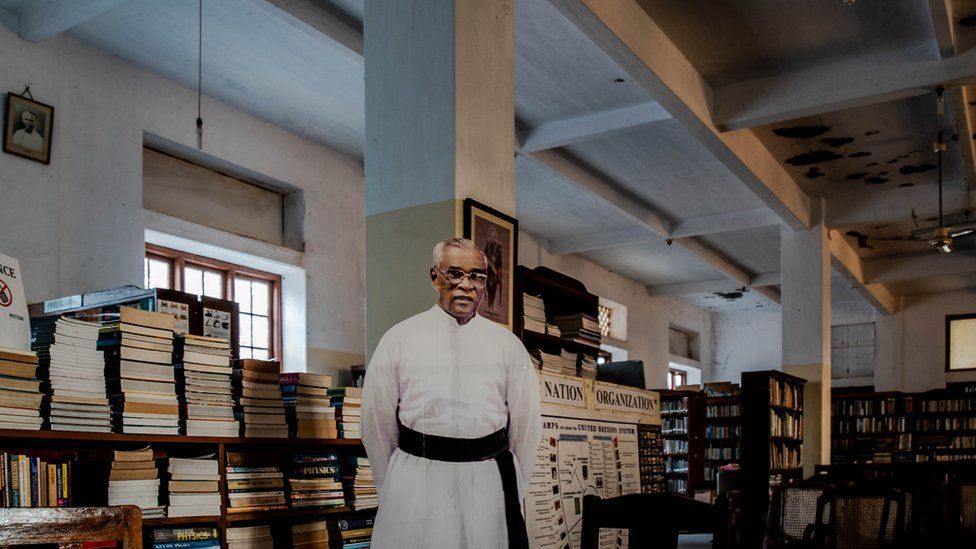 While Father Francis was highly critical of government forces, he remained silent about the atrocities committed by the rebels.

In their mission to create a separate Tamil state, known as Eelam, the Tigers employed brutal tactics, including targeted assassinations, mass killings and the use of both male and female suicide bombers. Between 2002 and 2007 the Tigers are believed to have forcibly recruited at least 6,000 children, and more than 1,300 remain unaccounted for, according to the UN.

In the week leading up to the final surrender, fighters and civilians alike awaited their fate at an army checkpoint in a large field.

Jayakumari Krishnakumar was married to a prominent member of the Tamil Tigers who boarded the bus with Father Francis. She said the priest wrote a list of all those who surrendered. 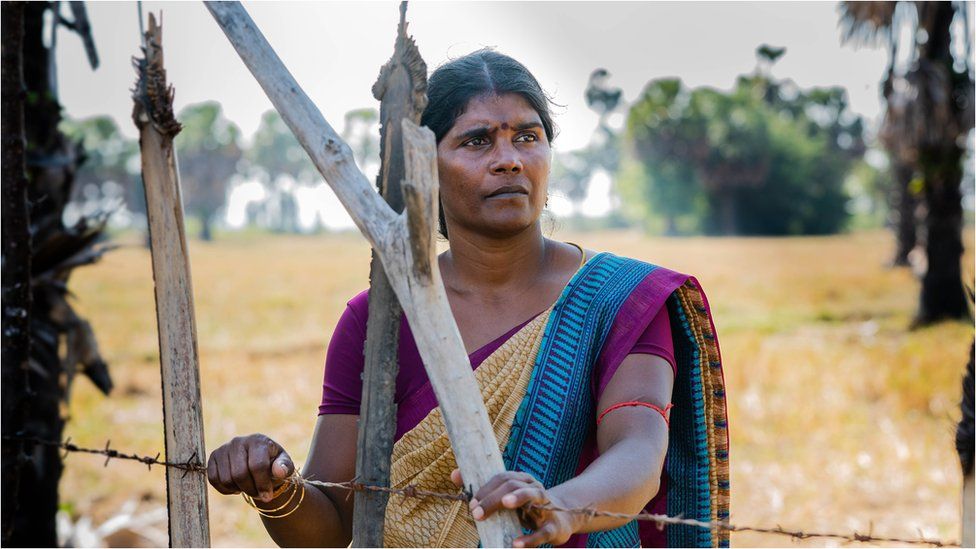 "My husband boarded the bus first, then many others, and finally Father Francis. Father Francis believed the army would respect the white robe," she recalled. "He seemed scared but believed he'd be OK. And people believed that if they went with him they'd be safe."

"This particular event is the single largest number of people who have been subject to enforced disappearances at the hands of the Sri Lankan army," said Yasmin Sooka, a former member of the UN panel of experts on Sri Lanka.

The family members of the missing say they have not been able to find any justice through the courts.

Ms Sooka says the state has failed the missing people. "Once they had surrendered, they were entitled to the protection normally afforded under humanitarian law: to be treated with respect and certainly that you remain with your life intact."

The military denies that they could have been victims of a war crime.

"People who have surrendered to the army have not been killed - that is for sure," said spokesman Brigadier Sumith Atapattu.

He added that no prisoners were being held today. "Foreign delegates including the UN have come and checked our camps. There is no underground detention camps in Sri Lanka… People who've surrendered or have been captured for terrorist thinking have been accounted for." 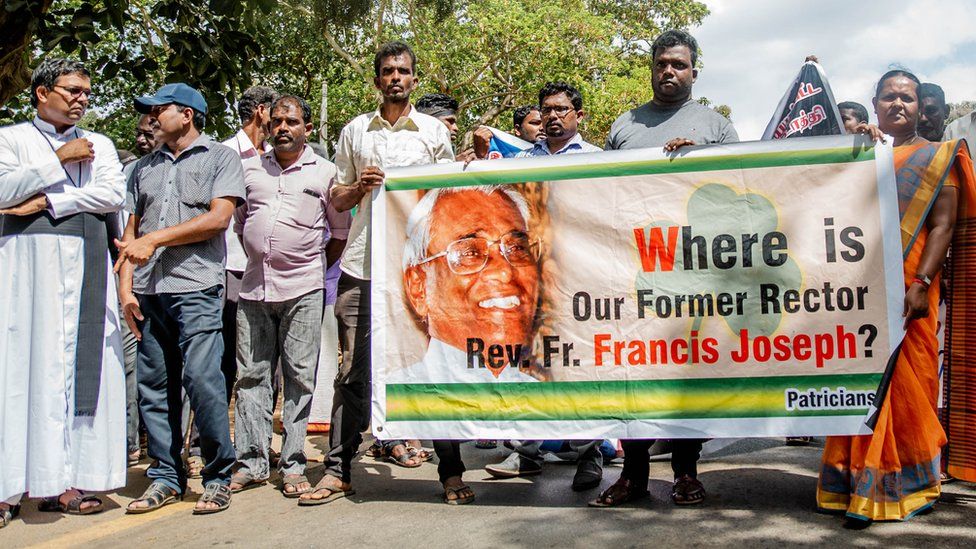 But where is Father Francis?

After years of international pressure the government set up an Office on Missing Persons in 2017. It was given the enormous task of finding thousands of people unaccounted for.

So far not a single person has been found. But the office insists it is trying.

"You can't just go to the field and say 'we are looking for people' - it does not happen that way. The process of tracing, the process of delivering lists, the process of preparing the databases are things that do take time," said Saliya Pieris, who heads the office. 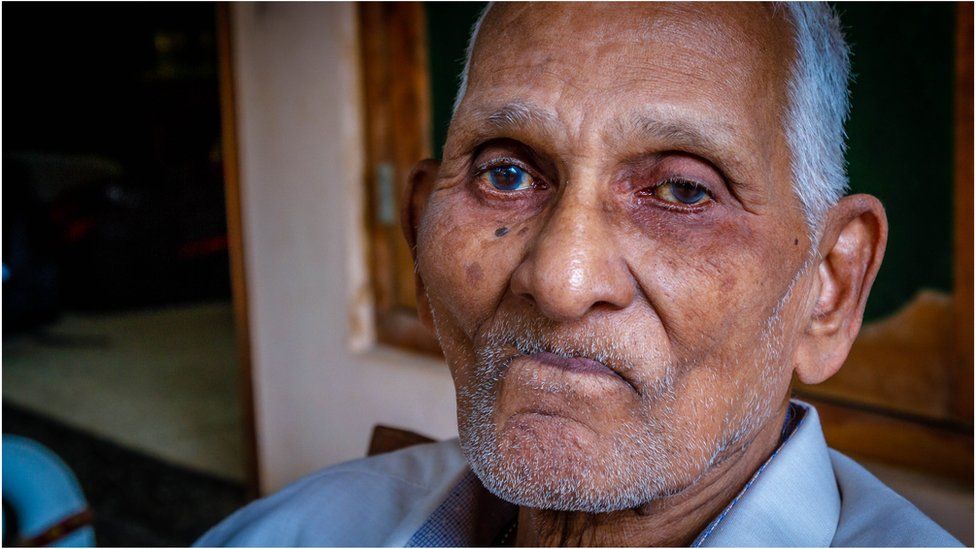 Moses Arulanandan still has hope he will find his cousin

For the families of those that disappeared, there are heartache and hope in equal measure.

The wives of the missing men still wear red bindis on their foreheads, signifying their married status.

Children are still waiting for their parents to come home - and no one has lost faith in finding Father Francis, or at least learning his true fate.

"The truth will come out one day," said Mr Arulanandan.

More in this category: « Bomb blast survivors and relatives in Negombo lament after Easter Sunday attacks How will Modi handle India's economy? »
back to top

Questions remain as Sapugaskanda to get Siberian crude oil